Desperate to jump-start its economy, Kabul is sick of waiting for Beijing to tap the country’s mineral wealth. 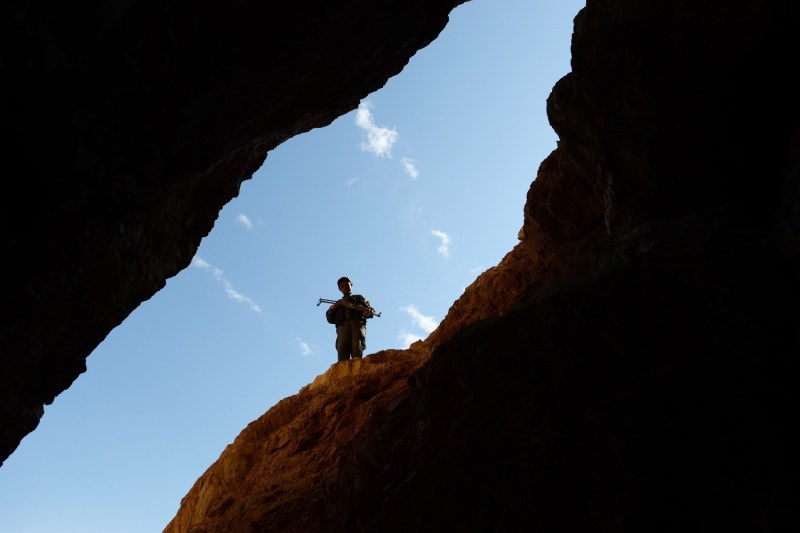 The arrest in Kabul on Dec. 10 of an alleged Chinese espionage ring has prompted Afghanistan to recalibrate its relationship with China, its resource-hungry giant neighbor to the east. Afghan government officials said that the country has terminated oil and gas contracts with China and is seeking to renegotiate the terms of a massive mining concession that has been nearly dormant since it was inked by China more than a decade ago.

The Afghan officials said they busted an alleged Chinese espionage ring operating in Kabul to hunt down Uighur Muslims with the help of the Haqqani network, a terrorist outfit linked to the Taliban. A senior security official said the ring had been operating for six or seven years. Afghan authorities have cooperated with China in the past on the detention and deportation of Uighurs suspected of terrorist activity, but officials said they were shocked at China’s duplicity.

“Is this the behavior of a friend?” said one. Another source said the presence of the Chinese cell—widely reported by Indian news outlets, though notably not by Afghan or international media—was revealed to Afghan authorities by Indian intelligence.

The arrest has prompted Kabul, which is seeking to put its economy in order as it faces an uncertain future with the unfolding peace process, to use the incident as “leverage” against Beijing, one official said, especially in terms of renegotiating multimillion-dollar mining concessions.

The arrest has prompted Kabul to use the incident as “leverage” against Beijing.“We have put them on notice—make progress on the contract or we will reissue the tender. This sector is very important to the Afghan economy and it’s time to get moving,” one of the officials said. “We want to make progress on major national projects. It has been many, many years, we have given (China) security, and we need to see returns and economic benefits.”

No deadline has been set for the renegotiation of the contract, though the official said that China had submitted a “five-page overview of where they’ve made progress.”

Neither China’s foreign ministry nor the embassy in London responded to requests for comment. The mining company, China Metallurgical Group Corporation (MCC), could not be reached.

The hardball tactics with China are a reflection both of the Afghan government’s frustration with the slow pace of mineral development in the country, and its desperate need for fresh sources of income as the United States, international forces, and many international donors are pulling up stakes. Afghanistan is dependent on international aid for 40 percent of its gross domestic product, the World Bank said in 2018. Aid levels are expected to halve by 2030, making it imperative that the government find alternative sources of funding.

Afghanistan has vast mineral deposits, including coal, copper and iron ore, talc, lithium and uranium, as well as gold, precious stones, oil and gas. Since the fall of the Taliban in 2001, the sector has been seen as the potential backbone of a post-war economy—and still is. But few major miners will risk venturing into the war-ravaged country—and China’s decision to discontinue work at Mes Aynak is indicative of even Beijing’s disinclination to operate in the face of insurgent threats at the site.

The Afghan government had high hopes for the huge copper deposits at Mes Aynak, about 40 km southeast of the capital. China’s state-owned MCC struck a $2.83 billion deal for a 30-year lease on the site in 2007—but has done little to develop it in the meantime. MCC has spent $371 million at the site, according to figures supplied by the Ministry of Mines and Petroleum.

Afghan media reported last year that the inactivity at the site had cost the government $2 billion in lost revenues. Meanwhile, the Taliban is striking it rich by tapping into Afghanistan’s mineral wealth. The insurgents earn hundreds of millions of dollars annually from mining alone, according to some sources.

Haroon Chakhansuri, the minister of mines and petroleum, told Foreign Policy that if the copper project at Mes Aynak was not reframed in “mutually agreed terms” the contract would be retendered. Afghanistan is opening its extractive sector to other countries, he said, citing a memorandum of understanding written on Sept. 10, 2020, with Australia’s Fortescue Future Industries.

But some observers say that targeting China will yield little for Kabul: Its neighbor is just too close and too big. Javed Noorani, an expert on Afghanistan’s extractives sector, said years of disingenuous rhetoric around renegotiations had already cost Afghanistan dearly.

Some observers say that targeting China will yield little for Kabul: Its neighbor is just too close and too big.

Afghanistan has little choice but to try and open up one of the areas of its economy that has the potential to bring in billions of dollars to cash-strapped federal coffers. Afghanistan’s government, which is heavily dependent on dwindling amounts of foreign aid, is facing the possibility of being forced by the United States and its allies into a power-sharing deal with the Taliban. America has pulled out all but the last 2,500 troops in the country, as part of a peace deal then-President Donald Trump brokered with the terrorist group in 2020, but they must all leave the country by May. That withdrawal has undermined the Kabul government and led to a big spike in Taliban violence.

Mes Aynak, one of the world’s biggest untapped copper sources with an estimated 5.5 million metric tons of high-grade metal, has been plagued by allegations of corruption and collusion between Beijing and the Taliban to secure the site so work could commence.

The former minister of mines, Mohammad Ibrahim Adel, was fired in 2009 following accusations, which he denied, that he had accepted a $30 million bribe from MCC. And the then–general manager of MCC, Shen Heting, was kicked out of the Communist Party—a career-ending blow—for corruption in 2017.

“Both parties to the Aynak copper contract are anything but honest,” Noorani said, adding that some Afghan officials had benefited financially from “not implementing the terms of the MCC contract.”

Early plans for Mes Aynak included a smelter, coal-fired power plant, and rail link. MCC had “completed the exploration of the central deposit and submitted the final draft feasibility study of the mine in 2015,” the minister said—but no progress had been made since. One of the senior officials said the Afghan government has reminded China of that country’s “surprisingly strong back-channel contacts with the Taliban. They could have smoothed the way for the development of the [Mes Aynak] mine, but they’ve chosen not to do that”.

Noorani said that as the biggest consumer of copper—51 percent of global production and growing—and owner of copper mines across the world, China’s interest lay in controlling prices on the London Metal Exchange. “So they are not going to let Aynak be retendered and will continue to hold the contract,” he predicted.

Those aren’t the only hurdles to speedier development. The mine is on the site of an 1,800-year-old buried city founded by Buddhist monks who mined the copper and left behind a trove of historical treasures. The only activity at the site for years has been archaeologists working to preserve Buddhist artifacts. A presidential decree last year—approving open-pit mining, preservation of the ancient city and relocation of the relics—aimed to push the Chinese into action.

“We expect our partners to resume the development process of the project, based on mutually agreed terms. If not, we will have to consider alternative options to create an enabling investment environment for potential investors,” Chakhansuri said.

Chakhansuri added that the project had been stalled due to “technical issues,” including protection of the cultural artifacts and the method of extraction. With the approval of the open-pit method, the government was now preparing for the resumption of negotiations, he said.

Meanwhile, looking ahead to a time when the United States no longer has any presence in Afghanistan, China has reportedly been negotiating infrastructure contracts with the Taliban leadership, with whom ties go back to its 1996-2001 regime.

Lynne O’Donnell is an Australian journalist, author, and analyst. She was the Afghanistan bureau chief for Agence France-Presse and the Associated Press between 2009 and 2017.