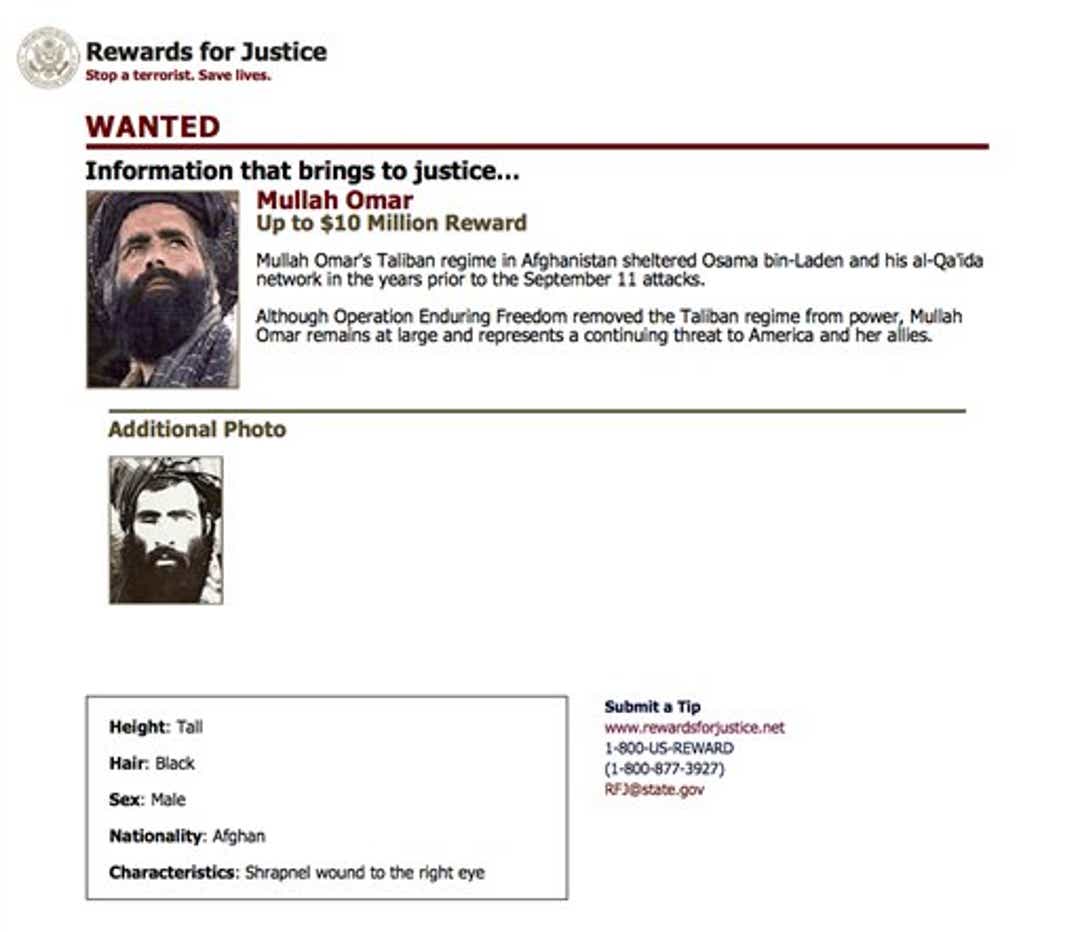 In this image released by the FBI, Mullah Omar is seen in a wanted poster. The reclusive Afghan Taliban leader has backed peace talks with the Kabul government, saying in a rare message distributed to media Wednesday, July 15, 2015 that the goal of these efforts is an “end to occupation” by foreign forces. (FBI via AP)
AP

Abdul Hassib Seddiqi, the spokesman for Afghanistan’s National Directorate of Security, said Wednesday that Mullah Omar died in a hospital in the Pakistani city of Karachi in April 2013.

“We confirm officially that he is dead,” he told The Associated Press.

The confirmation comes two days before the Afghan government and the Taliban are to hold their second round of official peace talks in Pakistan.