With its grand Victorian architecture, and famous network of 190 lanes, Melbourne is regarded as one of Australia’s big tourist attractions. But city fathers have been selling some of the alleys to property developers – and Melburnians have an uneasy feeling that vital heritage could soon be lost.

My friends and I like to think that Melbourne is our secret.

The Economist Intelligence Unit judges left out a few essential elements of Melbourne’s good life – like food and wine, beaches and forests, and vineyards an hour’s drive from the city centre.

Melbourne is a leader in fields like biotechnology and financial services, also music, theatre, film, and festivals. 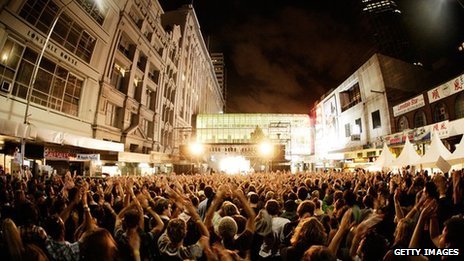 Earlier this year Melbourne hosted its 10th annual Laneway Festival, combining a love of live music with one of its greatest architectural assets – a network of lanes that ranks among Australia’s top cultural attractions.

At one mile north to south by half a mile east to west, with 10 latitudinal and nine longitudinal streets, the inner city was a grandiose centre of business, banking and fancy shopping. The lanes evolved to provide access for horse-drawn carriages.

Following the gold rush of the 1850s and 60s, the lanes led Melbourne’s trajectory downwards, with many becoming no-go zones and haunts for criminals, and buildings becoming brothels, opium dens and speakeasy gaming houses.

As suburbia flourished, the city centre slowly died and right into the 1980s the lanes were dark and dirty. Many disappeared beneath faceless office blocks.

With the urban renewal of the 1990s, the spirit of Melbourne’s lanes revived.

These days, they are not only a colourful reminder of the city’s past, but an integral part of its present – bijoux benchmarks of constant change, with Japanese tea houses and Chinese dim sum diners, fine dining and trendy bars and fashion boutiques, bespoke jewellers, art galleries, coffee grinders, hidden jazz clubs, and secret restaurants like the Italian Waiters’ Club, which opened on Meyers Place in 1947 and only recently put a sign over its door. 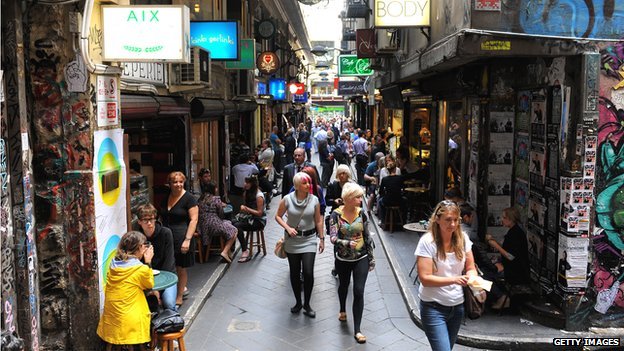 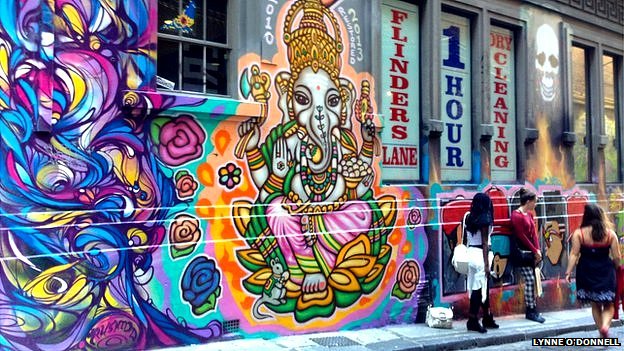 Hosier Lane had clothing factories in the 1920s, now it’s a hip showcase of urban art thronging with tourists.

Brown’s Alley was renamed Dame Edna Place in 2007, and 10 impersonators turned up to celebrate.

Cathedral Arcade retains its art deco features and is covered with original stained glass and leadlight.

Centre Place is packed with bars, restaurants and cafes, and the graffiti along its length features on promotional campaigns for the city.

So news that Melbourne City Council has been selling some of the lanes to property developers has come as a shock. 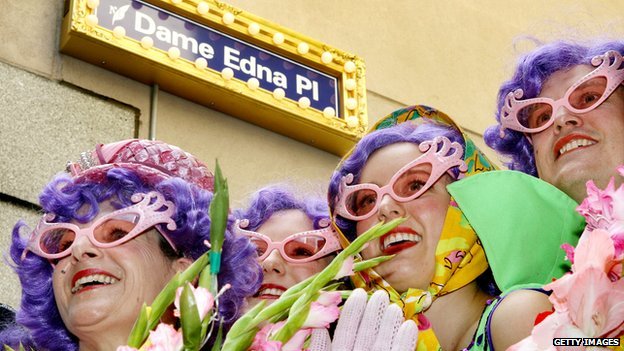 In the last two years, the council has earned more than two million Australian dollars ($1,792m; £1.1m) from laneway sales.

“Canberra: Why wait for death?” was Bill Bryson’s blistering judgement in his 2000 travelogue Down Under. “Pyongyang without the dystopia,” was the verdict of the Economist in 2009.

If Sydney is brash and bold, and Melbourne is cool and classy, then Canberra, at least in the Australian public imagination, is dull and devoid of soul.

This was the site of the vast Tattersalls Horse Bazaar, then stables, then shops and banks – and now an elegant courtyard at the entrance to high-rise Nauru House.

The council was reluctant to provide details. The City Of Melbourne does not actively pursue the sale of laneways, said a spokesman, adding that sales were advertised and at market valuations.

But that is not what the council told The Age newspaper in December when asked about plans to sell off another part of a lane to the Queensland Investment Corporation as part of a huge office, retail and hotel complex next to Nauru House.

A spokesman said the council does “periodically consider the discontinuance and sale of roads and laneways“. He added that the portions of laneways sold were “surplus to council requirements”.

Few friends had heard of the laneway sales until I mentioned it.

Min was horrified. “It just seems that developers have taken over the city,” she said. Another girlfriend, Gabriel, said people would be more vocal in opposing the sell-offs if only they knew about them. 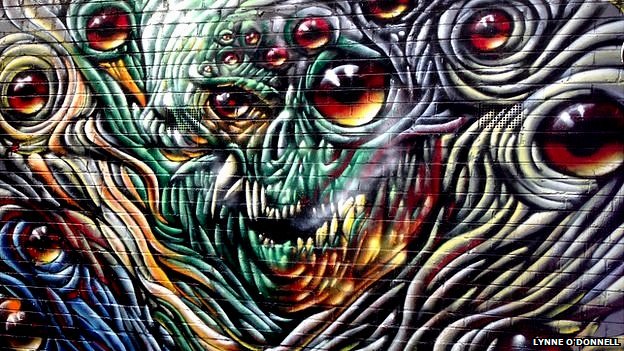 Joni, who moved from LA 30 years ago says she could spend a year exploring the lanes, before having to start again because they’re continuously evolving – she says she is always discovering new places to eat or shop.

“Don’t the lanes belong to everyone?” she said. “How are they being sold? And is the income being used to maintain the rest?”

For now, there are no official answers. There are fears that the current development fashion for recreating lanes inside shopping malls could become a sterile alternative to Melbourne’s organic laneways culture.

“A loss of any laneway is to be bemoaned,” said the chairman of the National Trust of Victoria, Martin Purslow.

“They are vibrant, exciting places, critical to the character of our city, and we lose them at our peril.”