One of U.S. President Donald Trump’s biggest 2016 campaign pledges was to end America’s so-called post-9/11 forever wars, which range from Afghanistan to Iraq and across Africa’s Sahel region. But throughout his tenure, Trump faced major opposition from military officials and from within his administration.

Eventually, thanks to a last-minute purge of Pentagon leadership, the United States appears poised, after nearly 20 years of war, to draw down to just 2,500 troops in Afghanistan, handing the incoming Biden administration a tiny footprint and a big problem. Inside the Beltway and at U.S. military command centers around the world, skeptics are questioning whether the decision is coming too soon and if the White House risks giving up hard-fought gains.

Afghanistan is wracked by more Taliban violence than almost any time this century; fragile gains in such areas as women’s rights, democracy, and freedom of speech are all at risk as U.S. forces pull out, leaving a vacuum behind. Meanwhile, the tortuous Afghan peace process grinds on, quarterbacked by Trump’s Afghan envoy, a man distrusted by many Afghans but who may yet endure.

Here are some of Foreign Policy’s best articles on a tumultuous year for Afghanistan.

1. Afghans Caught In the Crossfire While U.S. Prepares to Clear Out

The year began with the Trump administration scurrying to reach a peace deal with the Taliban that would see the militant group reduce violence while the United States began pulling out troops, with the caveat that the withdrawal was contingent on Taliban compliance. But seeing an opportunity for a political victory ahead of Election Day, the White House reportedly pushed for a faster withdrawal, even as violence spiked.

Taliban sieges in Kandahar and Helmand caused more bloodshed, and Afghans feared that they could be left stranded in a worsening war with U.S. troops getting out of the country. President-elect Joe Biden has pledged to continue counterterrorism operations in Afghanistan, but it’s unclear whether he would seek to surge more American troops into the country to do that, leaving Afghans uncertain about their future.

Trump couldn’t get out of Afghanistan through regular channels. So, just over a week after firing Defense Secretary Mark Esper on Nov. 9, after he had reportedly clashed with the White House over further troop cuts in Afghanistan, acting Pentagon chief Chris Miller announced that the United States would draw down to 2,500 troops in the country before Inauguration Day.

The retreat has Republicans in Congress worried about another Saigon moment, with the United States abandoning Afghanistan to its fate. Now it will be up to the Biden administration to decide—under intense congressional pressure—whether and how hard to press the U.S. military presence. 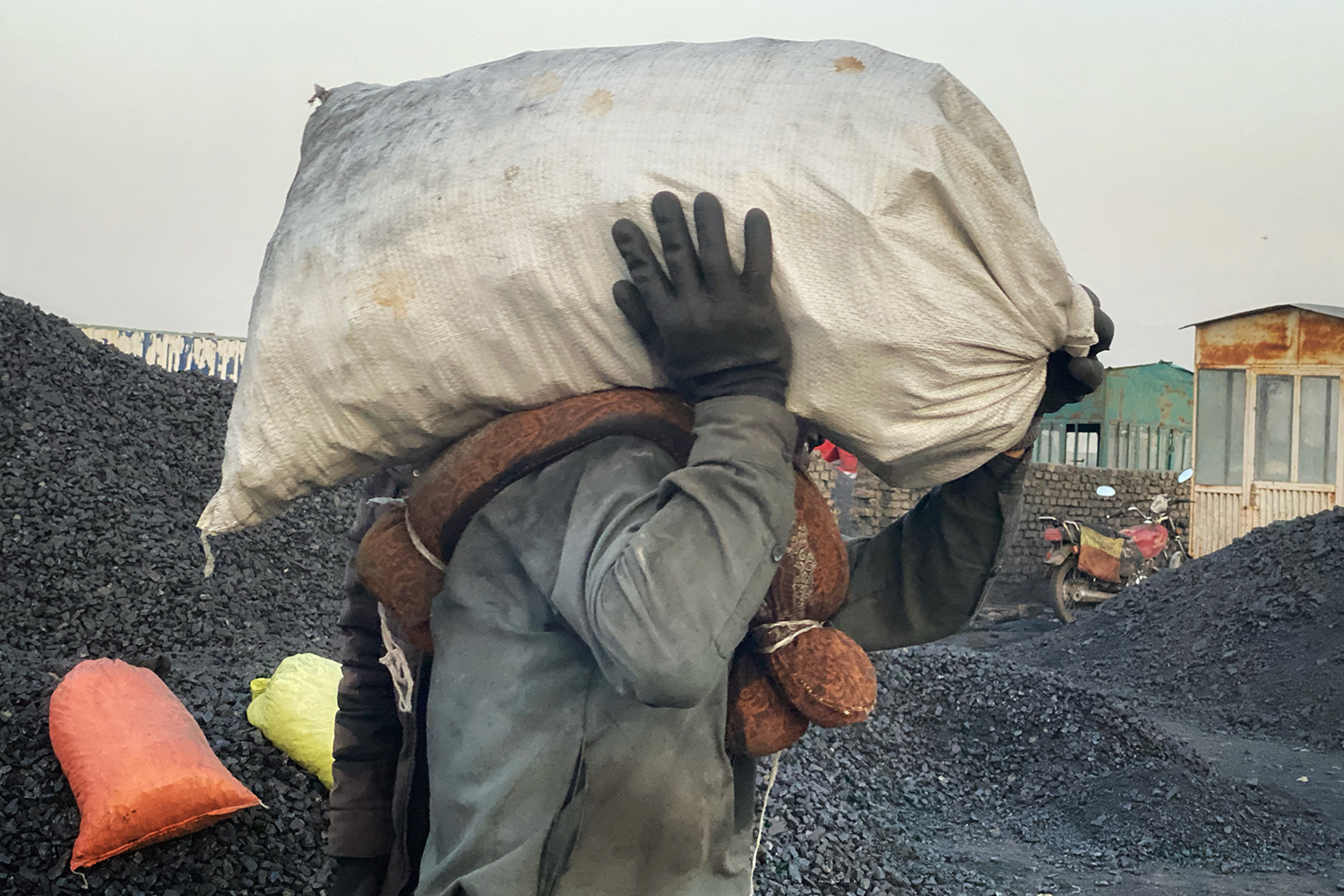 A coal trader lifts bags at a coal distribution workshop in the northern city of Mazar-i-Sharif, Afghanistan, on Sept. 26. HIKMAT NOORI FOR FOREIGN POLICY

Emboldened by the breakthrough in peace talks with the Trump administration, the Taliban began in 2020 to further assert their control over Afghanistan’s national highways and natural resources. Local workers said that the Taliban’s taxes for passing checkpoints began to surge this year, alongside threats of violence against workers and contractors passing through the countryside—even as threats against U.S. troops from the group appeared to subside.

The militant group also appears to be hitting it rich in the country’s plentiful mines, a fountain of wealth that the fledgling Afghan government has been unable to tap for the better part of two decades. It’s yet another issue the incoming Biden administration will have to figure out how to prioritize with just a smattering of American forces left in the country.

The Trump administration’s Afghan peace envoy, Zalmay Khalilzad, a Kabul-born diplomat with deep ties to the country, isn’t terribly popular in Afghanistan. Still, many experts are arguing for Biden to keep him on the job for at least the early days of the incoming administration. The move would be significant, indicating that the Biden administration might feel that it still has leverage to continue talks even as the Taliban have further consolidated their hold over the past year. But the choice could be unpopular with Congress, which has threatened Khalilzad with a subpoena over a perceived lack of transparency into the talks, which have mostly been negotiated in secret.

The Taliban may have been resurgent in 2020, but they weren’t immune from the coronavirus either. The virus tore through the militant group’s top ranks and caused fissures in the movement, even threatening a previously agreed prisoner swap with Kabul. The year saw multiple contenders for the Taliban’s leadership fighting over whether to continue peace talks or side with U.S. adversaries like Iran. The outcome of those tussles could determine whether the group opts to extend peace talks with the Biden administration—or whether the Taliban redoubles its opposition to Kabul and the new U.S. government.